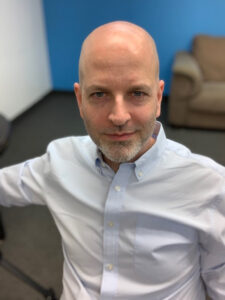 Jason began casting extras and commercials in his home town of Chicago, Illinois nearly twenty years ago. His casting background is extensive. He was the senior casting coordinator at Warner Bros. Television, (Eastwick, Zero Effect, Thieves, Harry Stone, Bull), the casting associate at Ulrich/Dawson/Kritzer Casting (Rude Awakening, Any Day Now, The Gregory Hines Show, Glory, Rag and Bone), and the former casting associate at Weber & Associates Casting at MGM (Dead Like Me, She Spies, Fame Encore, Stargate -SG1, Soldier of Fortune, The Outer Limits, The Crow, 12 Angry Men, The Gingerbread Man, A Hero From Zero)

Jason was the CEO of Marketing The Actor and The Casting Playhouse, making a name for himself with his unique approach to the audition process. Jason now teaches “The Formula” to beginning and advanced acting students, which is the only audition technique class taught entirely from the casting perspective. He currently offers private one-on-one mock audition classes as well as group classes for all levels in person in NYC, and on Zoom.

Jason continues to be an invited keynote speaker at numerous universities, conducting marketing seminars for their graduating seniors and theatre students. He is a former adjunct professor for Columbia College, Chicago, running the Semester In LA Acting Program. Jason’s first book, Inside The Audition Room is now available at Samuel French Bookstore in Los Angeles, The Drama Bookshop in NYC, Barnes and Noble and Amazon.com. Jason latest project is the Need A Reader Actor App, now available on the App Store.  Need A Reader connects actors with readers for auditions, self tapes, classes, rehearsals and practice. In his “spare” time, Jason enjoys spending time with his two children, ages 18 and 13.